You are here: Home / about

Heather Mitchell-Buck is an Associate Professor of English and the Digital Learning Coordinator at Hood College in Frederick, MD, where she teaches courses in early period British literature. This semester (Fall 2021), in addition to directing Hood’s First-Year Seminar program, she’s teaching two gen-ed courses (one on King Arthur and one on medieval magic and mysticism) as well as an upper-level seminar called “Exploring Utopia.”

She received her PhD in English from Duke University in 2009. When asked about her research, Heather’s usual answer is that she works on bad kings who speak in Middle English. To get a bit more specific, her dissertation explored the symbiotic relationship between theatre and tyranny in one of history’s most socially transgressive genres: early English vernacular drama. Her current research focuses on the ways that kingship and governance are presented in Biblical plays from the cities of Chester and York, both in the sixteenth century and today.

On the occasions when she finds some spare time (usually under the sofa cushions), Heather enjoys playing taiko (big Japanese drums), “studying” fans and their reading practices, drinking tea, and writing about herself in the third person. She is also a Linux user who is still occasionally surprised by the fact that she is an Apple Distinguished Educator.

None of us think, read, or write in the same way; each of us has been shaped by a myriad of influences.

When we struggle with difficult coursework or research, it’s easy to feel frustrated and forget why we are working so hard. An influence map is a guide for those challenging moments.

Click on my map to learn a bit more about my influences. Then go and make your own so that you can have a little inspiration at those times when you need it the most! 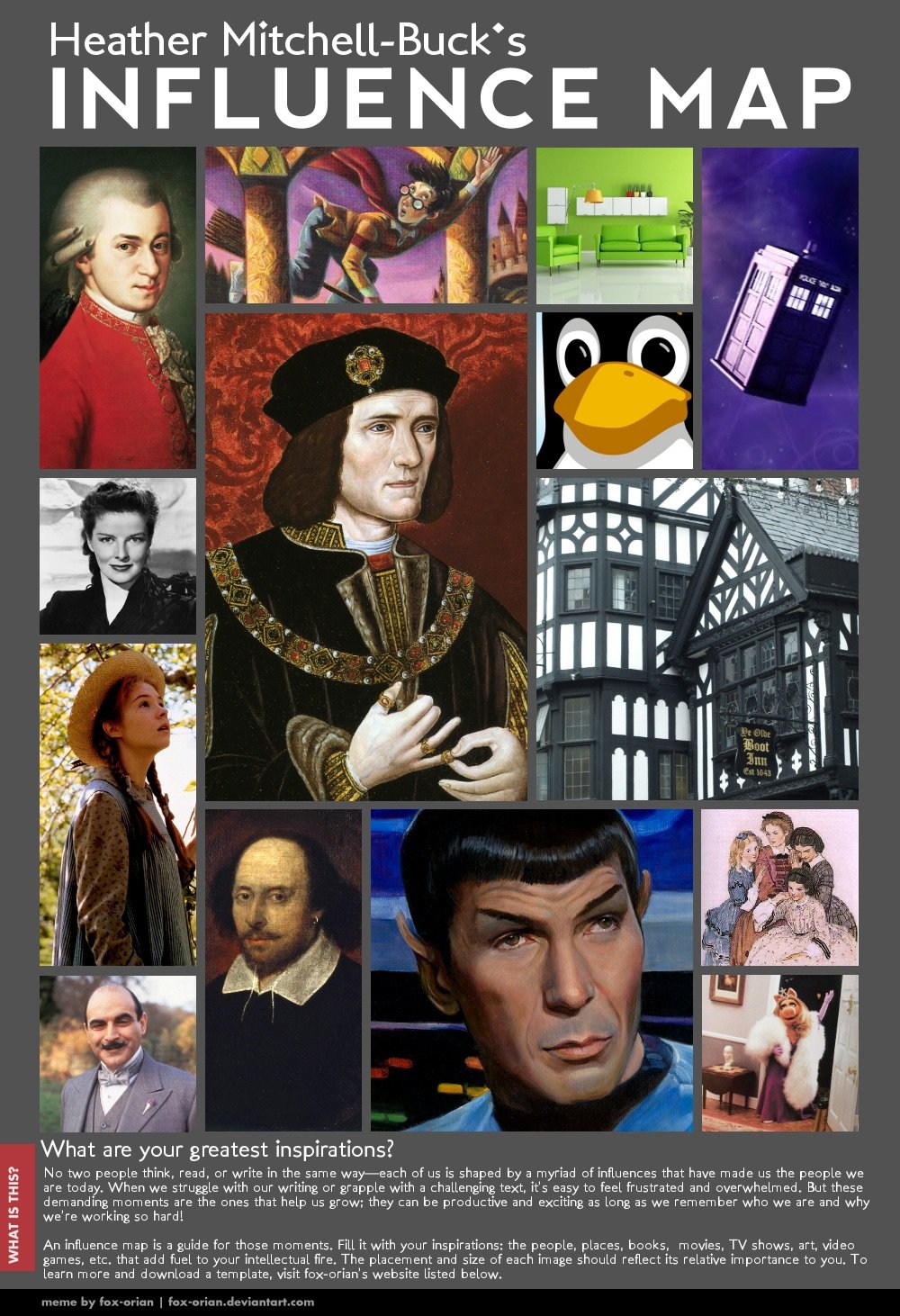 …an Associate Professor of English at Hood College